I love Twitter. It’s the kind of platform that speaks to me. I like that I can share a quick thought or funny moment, direct people to an 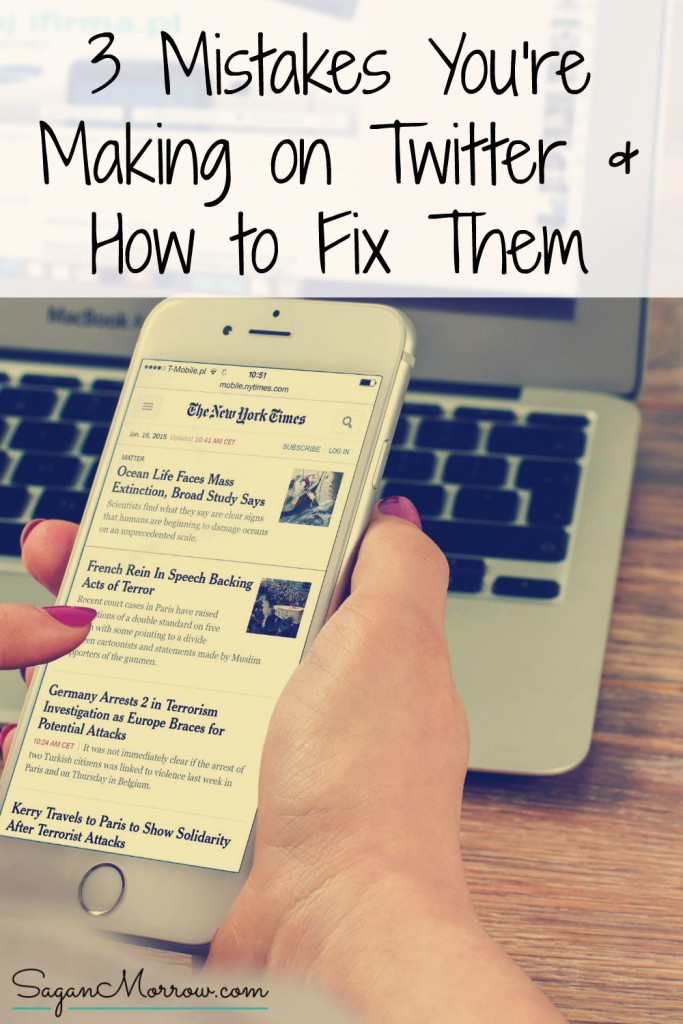 interesting article, and participate in conversations with all kinds of people from around the world—and, of course, I love making up silly / clever hashtags.

Growing Twitter is something that’s happened fairly organically to me because we just fit together so well. That’s why it’s always interesting to hear others give social media advice when it comes to being strategic on Twitter—because often, people are giving the wrong advice.

The main piece of bad advice—MISTAKE #1—that I see is this:

Share the same blog post with the exact same messaging five times in a row on the same day. Twitter moves so fast that no one will notice that you keep re-posting it!

While this is true to an extent—Twitter DOES move very fast, and the lifespan of a Tweet can zip by—unless you’re also Tweeting at least a dozen other things that day (a mix of simple status updates, photos, articles by other people, and ReTweets, for example), this is a terrible strategy. And here’s why:

And what do they see in your Twitter profile feed? The exact same Tweet, posted over and over again!

Why would I want to follow you if I know that that’s the only thing you post, and if you don’t even change the messaging of the Tweet? It’s even worse if you do that same thing every single day, so it’s just constantly five Tweets in a row of your own stuff.

Before I follow anyone on Twitter, I always check their latest Tweets to see if they’re of interest to me. If you only Tweet your own stuff, and you aren’t interacting with the community at all, and you post the same things over and over again, no matter how good your articles are I probably won’t follow you.

A better strategy is to re-post things on Twitter every couple of days, for example, with Tweets about other things in between.

It’s not a big deal if you Tweet an article in the morning, and by the evening you haven’t Tweeted anything else but you REALLY want to promote the article because it’s time-sensitive or a giveaway etc., and you Tweet it again using different wording. But don’t do that kind of thing all the time! It won’t be effective, and you will wonder why you aren’t getting tons of followers even though you’re following hundreds and thousands of people.

Have you made this mistake before? Do you *get* Twitter? What’s your favorite social media platform?

Click here to get your free e-book of social media tips!