Writing is, of course, composed of sentences. Stringing words together in a particular order conveys meaning so that we can relate to one another and communicate, and it is as simple (or complex… or compound… or compound-complex!) as that. Today we’re going to look at the different kinds of sentences. 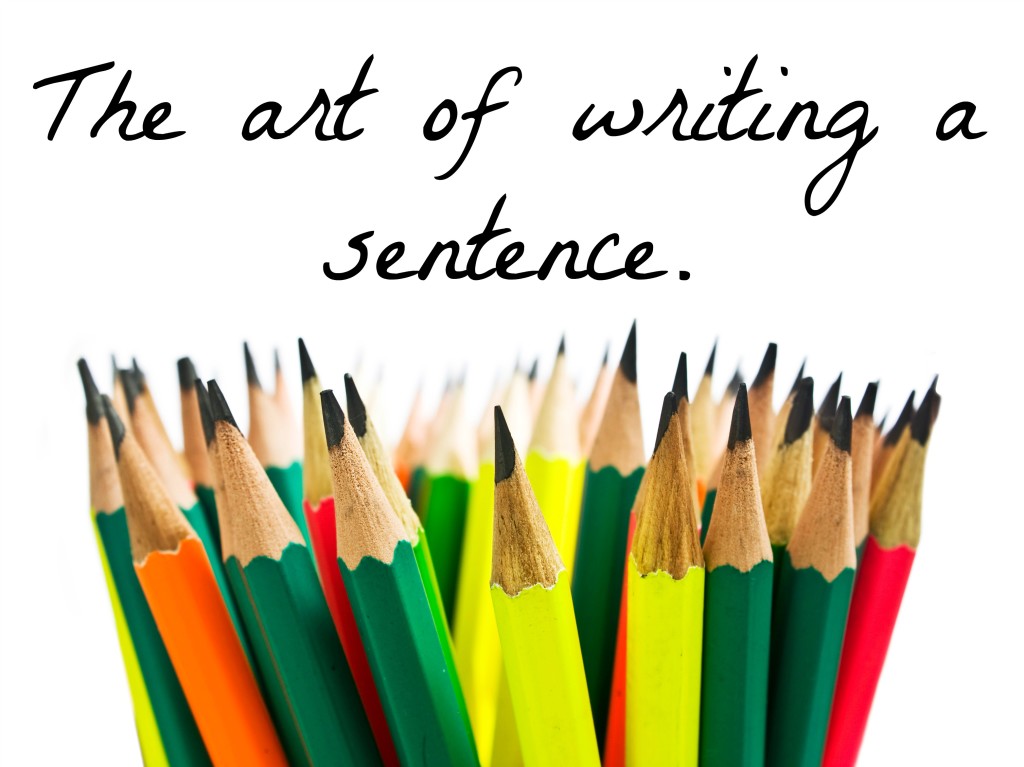 There are four kinds of sentences:

1. Simple sentence: contains one independent clause (a subject-verb combination), so there is one subject and one verb.

2. Compound sentence: contains at least two independent clauses which are linked by one of the following seven coordinators: and, or, but, nor, yet, for, or so. That means that a compound sentence is two simple sentences strung together.

3. Complex sentence: contains an independent clause plus at least one subordinate (or dependent) clause. There are dozens of subordinate clauses, but a few of them include when, until, after, because, and which. Therefore, a complex sentence is a simple sentence with an explanation or more complex description.

A word of caution

Beware of run-on sentences! Although it’s fun to play around with different lengths of the different kinds of sentences listed above, it is not necessary to carry on line after line without taking a breath. Shorter, snappier sentences are easier to read and they get the point across quicker. This makes our brains do less work while still receiving the same amount of information.

So why use it?

If you don’t use sentences, you’ll probably have rather a lot of difficulty in getting yourself understood! Besides the importance of communication, knowing how to write a good sentence can be useful in all manner of business and public relations. Poor sentence structure tends to be associated with being uneducated and can severely undermine your prospects for progressing and succeeding in our society.

To be taken more seriously and to be viewed as a professional, pay attention to how you write your sentences. Are you conveying the information that you intend? Is your meaning getting across to others? These questions are vital to ask. When you vary your writing and use different kinds of sentences, you also have a better chance of engaging with and appealing to your reader.

Let me know in the comments section below if you have any questions, if you have something you’d like to add, or if I have horribly misused my own sentence structure (this is, as ever, a learning process for all of us!).