I spent three years volunteering as the weekly co-host of an hour-long talk radio show. It was a huge amount of fun, and while I don’t do it anymore (I just had too many other things going on, and something’s gotta give!), I certainly learned a lot from it—in particular, how to speak well when on the radio.

If you find yourself on the radio for whatever reason, these practical tips might help you out! 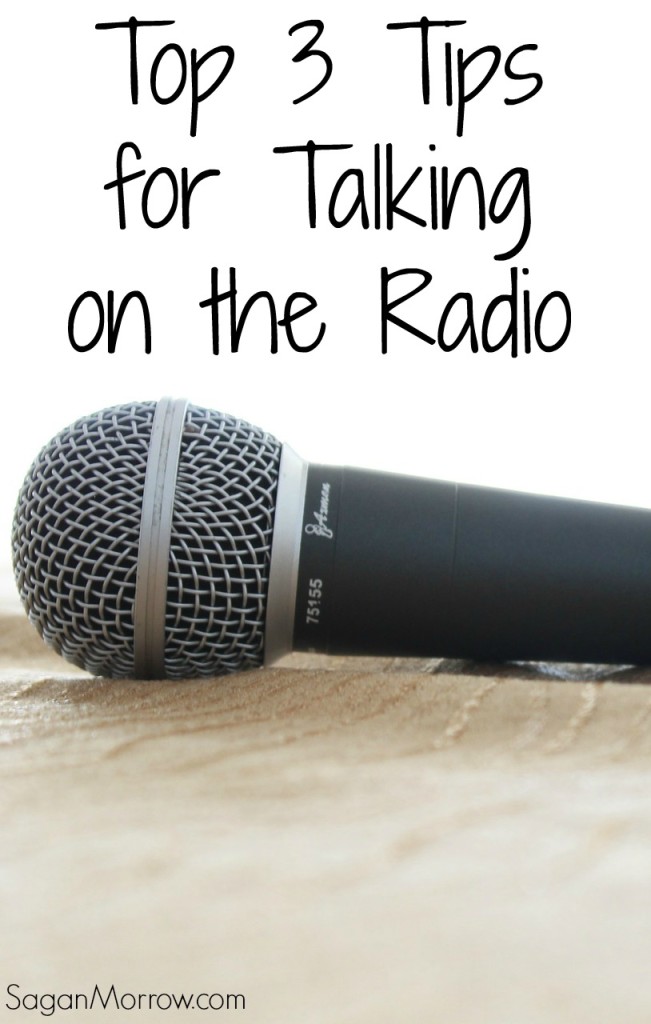 Annunciate your words, pause between sentences, and try to think before speaking. The radio is such an interesting medium, because there’s just you (and maybe a few other people in the studio), and a microphone. It feels as though you’re not *really* talking to a large group of people… but there are likely at least thousands of listeners.

The radio show that I co-hosted was a very popular one on the station, and it played from 8am to 9am on Fridays—right when people had their morning commute. There were a lot of people listening, so we had to speak clearly and pace ourselves!

Get a sneak peek of the behind-the-scenes of running a home-based biz!

2) Listen to yourself and adjust accordingly.

The first time I listened to myself on the radio, I cringed. My voice was so high-pitched! I sounded like a little girl. So I started pitching my voice lower, and I found that people started complimenting me all the time on what a nice radio voice I had.

Nine times out of 10, when you hear me speaking these days, I’m deliberately pitching my voice lower than it actually is. I started out doing it on the radio and now I do it in person and on the phone as well.

Unfortunately, people make snap judgments about all kinds of things, and one of those tends to be our voices: a slightly lower voice just gets taken more seriously.

Besides changing the pitch of your voice, when you listen to yourself on the radio you can also learn what filler words you tend to use most frequently, or if you have any bad speaking habits. Once you identify them, you’ll be that much closer to changing those habits!

Speak clearly, slowly, and in a lower pitch when talking on the radio #publicspeakingtip

3) Create a script for yourself.

It turns out that I am not the best speaker if I’m presenting off the cuff. I tend to ramble, get distracted by other things, or use filler words (“um” and “like,” for example). However, if I have a word-for-word script in front of me (or if I practice and memorize exactly what I’m going to say ahead of time), I don’t have any of those problems.

You might do better with bullet points or just speaking off the top of your head, but if you struggle with that sort of thing, a script might be the way to go.